“Decided to write a piece of History in La Rioja’s gastronomy, Echapresto brothers continue to innovate in traditional cuisine. They developed better spaces and they support definitely a menu without an excess of ornament, but enough and completed with daily offers. The latest cooking trends help to interpret traditional gastronomy”. 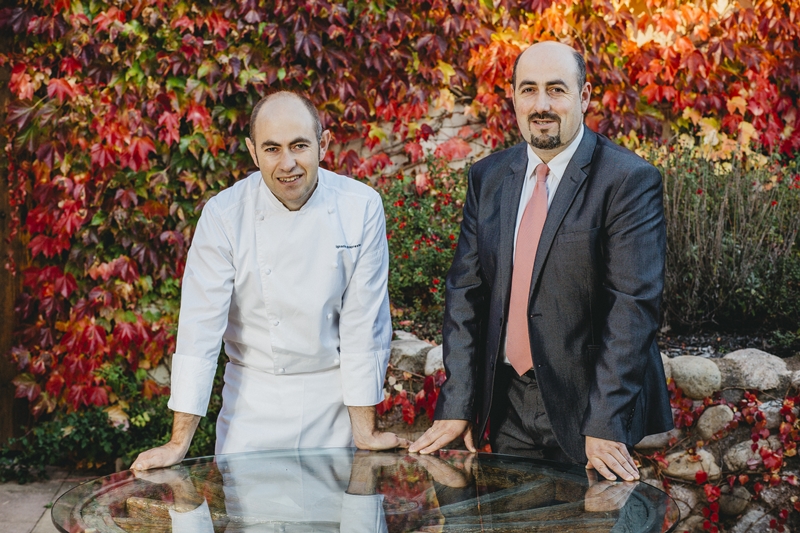 Carlos and Ignacio Echapresto are concerned for every detail in their daily work. They want to make Venta Moncalvillo as one of the best gastronomical establishments at the top of La Rioja’s traditional cuisine. As an example of this they show their care in the style of cooking or even choosing each wine and the appropriate one for each dish. Four luminous dinning rooms decorated with soft colors such as red tile, wood, ochre, grey and white help to create a warm atmosphere and also invite commensals to taste and smell Ignacio Echapresto’s cuisine. Carlos Echapresto will explain everything about Venta Moncalvillo’s cellar, well selected and with more than 600 references in wine. Carlos is one of the best sommelier in Spain according to National Gastronomy Award of 2013.

This year Venta Moncalvillo has achieved the prestigious award of Best of Wine Tourism 2015 as the best restaurant. In addition Repsol Guide has awarded the restaurant with its second sun, because it had already received one in 2010.

Give your opinion in our site